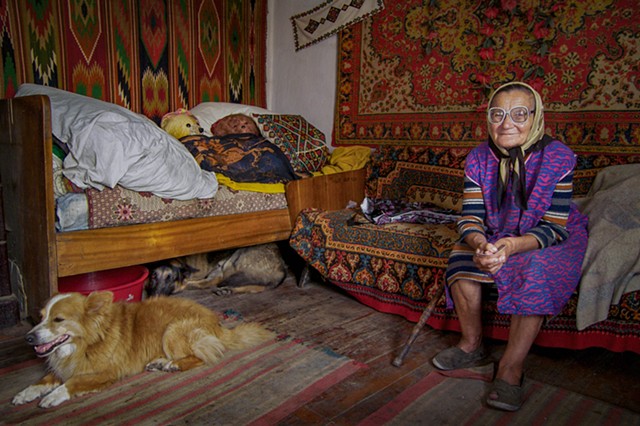 Orysia in her room
< previous next >

Orysia used to own a cow that she took out to the public fields to graze. Every day she milked the cow and cared for her. One day as she was milking the cow, she had a stroke and fell off her stool and slipped under the cow. The cow could have accidentally trampled her; Orysia is a tiny woman and a cow is not the most graceful creature. Her German Shepherd happened to be with her as she was milking, and the dog barked and barked until help arrived. "He saved my life," Orysia says of the dog.